I’ll be honest. I’m relatively new to football fandom. A somewhat undersized and uncoordinated person raised in and by a family of jocks, I’ve spent my life mostly resisting and resenting sports. If playing sports seemed distasteful to me growing up, watching sports was even worse. In my family, we joke that my lifelong loathing of sports (particularly baseball) has to do with sheer overexposure. By the time I was ten, I’d been dragged to watched hundreds of live sporting events.  Moreover, as feminist, football fandom is sometimes--at best--an uneasy fit. At least the NFL seems somewhat more interested in the players than the cheerleaders than in days past. Yet, other issues of equality (class as well as gender and race) persist.

So it’s as much a surprise to me as to anyone that at middle-age, I find myself a football fan. Part of it has to do with the weather. Living in the Pacific Northwest, football watching offers something to do when it’s too cold to go outside. But mostly, I find myself watching because of my ten year old son, who loves football and is becoming freakishly knowledgeable about the sport (and who will patiently explain the technical aspects to me again and again…and again until I get it). Watching football gives us a shared activity and point of reference. Having a shared team (Go Seahawks!!) is even better. 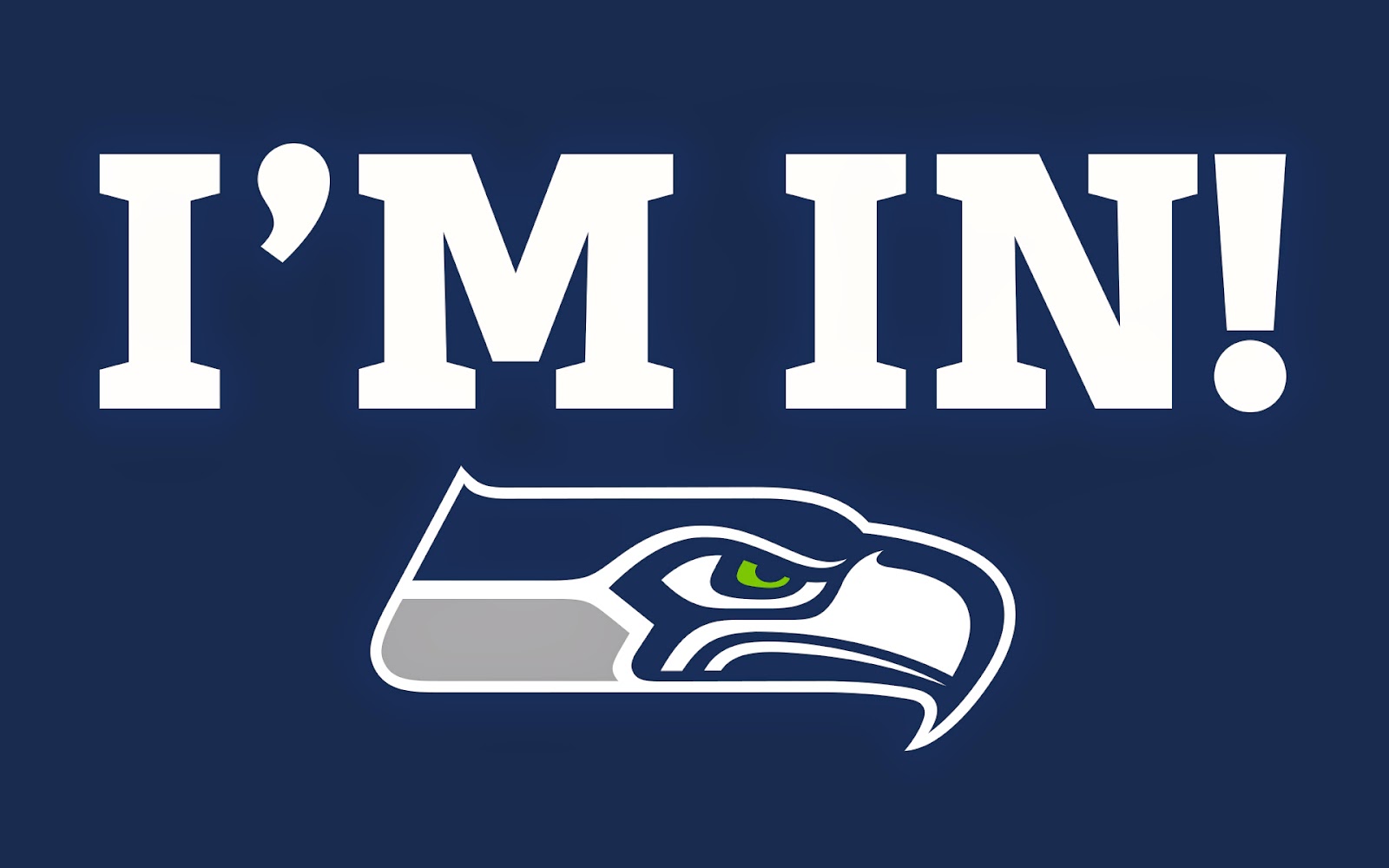 So lately I’ve not just been watching a lot of football, but actually following it. Mostly, I involve myself in trying to know “our” team and trying to identify how they are different (and, let’s face it, better) than other teams. For me  that has to do with the players. We spend a lot of time in our house talking about Russell Wilson, Richard Sherman, and Sweezy (which we all think is really fun to say).

Lately, though, we are talking about Marshawn Lynch. 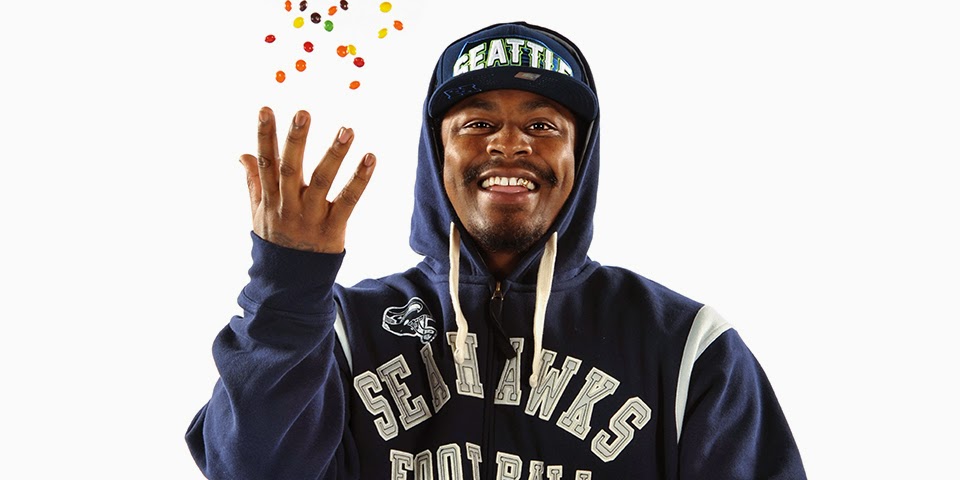 The media, certainly, has had a lot to say about him, focusing mostly on the negative stuff: his refusal to “engage” with the press, his end zone crotch grabs, his 2012 arrest. I’ve seen him referred to as a “thug.”

Still, my son could learn a thing or two from Marshawn Lynch.

If that seems like a surprising thing to say, consider some  of the other things I’ve come to understand about Lynch—things that earn less attention in the media.

He is a man who demonstrates some important traits of character, most notably, grit, humility, loyalty, introspection, and sensitivity.  His talent (which is both considerable and totally undeniable) may be the least interesting thing about him—at least from a mom’s perspective.

Let’s start with grit—this is a characteristic that is difficult to teach and harder to practice. It’s hard to have grit (which is why they call it grit, I suppose). But grit is the thing that we ought to reward most in our kids. Getting a good grade or excelling at a sport is good, but getting a good (or even decent) grade that you had to scrap for? Even better. We talk about grit a lot in our house--both because it's hard to teach middle-class kids --who don't ever *really* know what it is to struggle--and because it's so important. Lacking extreme privilege, grit is the single most important factor--even more than luck or skill-- that determines a person's success in any endeavor. I earned my Ph.D. not because I am the smartest person I know--nor was I the smartest person in my program (not by a long shot) but rather because I was stubborn and persistent. My experience offers a good example to my kids, but is probably not as compelling to them at Lynch's. The only way a person gets to be as good at something as Lynch is at football is through grit. Practicing again and again and again. Playing when you’re sick, playing when the media is giving you a hard time, practicing when you think you’re already good enough.

Loyalty. I won’t lie. I’m not wild about the crotch grab. In fact, I hate it.  As the NFL struggles to create a climate that appears more hospitable—or least less hostile—to women and to combat allegations about sexual and physical abuse against women among its players, the sexually aggressive gesture is a problem. Whether the gesture is unconscious or not, as a woman and as a mom, I have reasons of my own for wishing Lynch (and others) wouldn’t do it. Still, Pete Carroll has said that—in light of the league’s threat to penalize the team for such behavior on during the Super Bowl—he is confident that Lynch will refrain on Sunday because Lynch won’t do anything that would hurt his team. I have to believe that ultimately, he’ll give it up for good because the gesture is hurtful to women, who are also part of his team.

Humility. While some read Lynch’s stubborn refusal to talk to the media as inflated ego, it feel to me much more like humility. Lynch doesn’t talk about “Beast Mode.”  He just does it. And though no one would blame him for engaging in a little self-aggrandizement, maybe he doesn’t feel the need for it. When my son brought home a report card which surpassed our expectations as well as his own, we expressed how proud we were of him, telling him that he had gone into “Beast Mode”--in even his hardest subjects. When we asked how he felt about it, he responded only with a small, pleased smile and a shrug. While he was glad to receive our praise, he had nothing to say or add to the discussion. A truly humble person doesn’t feel compelled to talk about their accomplishments. This is a fine quality in a human being.

Introspection and sensitivity are not qualities we usually associate with men and even less often with pro football players. Nevertheless, they are qualities we ought to encourage and allow space for in our sons. An interviewer recently asked Lynch how he felt about being perceived as a thug. It was a heartbreaking moment in the interview because the viewer can actually see how the charge affected Lynch. He paused for some time, rubbed his hands, thought deeply. His answer, when he offered it, was both insightful and profound. He challenged his detractors to think about his life’s context—growing up poor, sometimes with little to eat and wearing the same clothes for a week at a time and then to imagine getting everything you wanted or dreamed of. He challenged those people to consider the mistakes they might make in those circumstances. But he didn’t end there or let himself off the hook. He offered a challenge to himself: to keep striving to be “the best me I can be.” As a mom, this is what I want for my kids: the ability to honestly self assess, to own their mistakes, and to move forward confidently and with intentions to do better and to be better.

While I'm not a fan of athlete "role models"--we could do a whole lot worse than Marshawn Lynch.
Posted by Jenny Thigpen at 3:09 PM No comments: